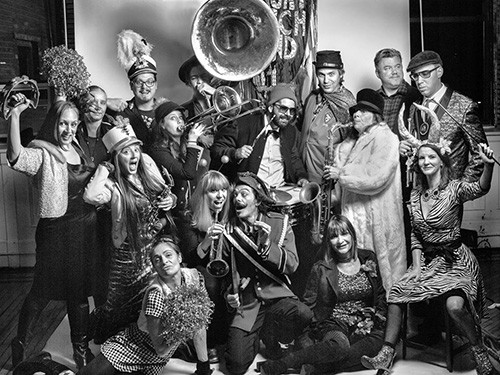 Celebrating 20 years of music and revelry, HMB is a community group straight outta Brooklyn NYC. The band is an ever evolving musical experiment influenced and inspired from Brooklyn’s backyard with Latin flavor, punk rock noise, hip hop beats and the music of the streets. Put on your dancing shoes and break out the fancy threads because we’ve got the party going on – a blazing parade of flesh, blood, steel, brass and wood. We are the music of the people!